What is the difference between Sandplay and Sandtray?

I generally prefer to write about what unites rather than what divides. I think it's useful to be aware of justray roo what the similarities and differences are between Sandplay and Sandtray, because sometimes the two terms function interchangeably, despite their divergence.

What do Sandplay and Sandtray have in common?

What certainly links the two terms is the fact that sandboxing is used in the therapy of children, adolescents, adults, couples as well as families. They are also linked by the fact that in both forms the basis of the process is the creation of a dynamic interpersonal relationship, which we will write about in the next sections of our series. Dora Kalff, already known to us for introducing the term 'Sandplay', emphasised the importance of the therapist creating a 'free and protected space'. This safety, which is in fact a priority for every therapist, creates a way for the client regardless of their age to change, and creates an opportunity for full self-expression and self-discovery. Both Sandplay and Sandtray have no age barriers for their clients, no differentiation of more or less appropriate gender, occupation or even language. This is because both methods offer the possibility of non-verbal expression that becomes visible to the therapist and felt by therapist and client. So much for the similarities. 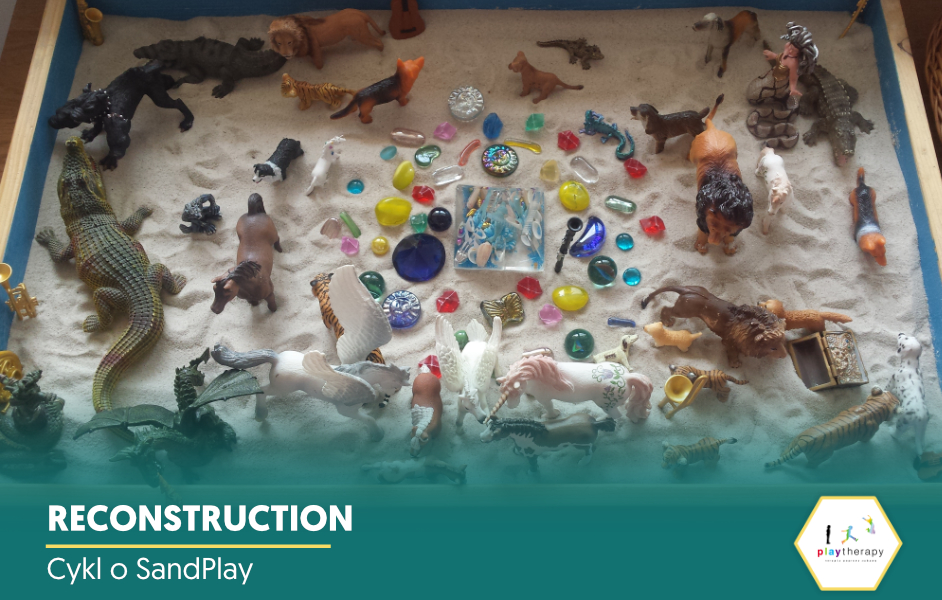 What makes Sandplay and Sandtray different?

And the differences? Sandplay refers to the Jungian approach, derived from the work of Dora Kalff and her take on sandplay therapy. As you will remember, Jung believed that: "symbols are the natural language of our unconscious, which consciousness does not yet comprehend". This is why Sandplay pays so much attention to symbols, their archetypal meaning as well as their personal meaning for the client. In practice, a Sandplay room usually contains around 1,000 objects (there will be a separate entry about these), whereas a Sandtray room will contain far, far fewer objects, as the therapy mainly involves verbal interactions between therapist and client. Apart from this difference, visible to the naked eye, the term Sandtray refers to any therapeutic use of sand and sandbox materials. The meaning of the symbols remains in the background here, as the sandtray as an image becomes, among other things: material for analysis, dialogue; material that can show the client's problem, but also the solution, especially in the first sandtray. In my opinion, the boundary between the level of use of symbols in Sandplay and Sandtray is very fluid and it is impossible to work without symbols, as they are often the ones that immediately create a metaphor, which is a tool for psychotherapy.

Sandbox therapy, in both approaches, can serve as an alternative method of communication (primarily non-verbal) and can be a conduit for reflection and verbal dialogue between client and therapist, especially once a strong therapeutic relationship has been established.

We have written about symbols, metaphor. Someone might say that this closes the possibility of using Sandplay in therapy for children, especially those on the autism spectrum. However, I assure you that every child can benefit from sandplay therapy and that is what our next post in this series will be about.

I invite you to read! 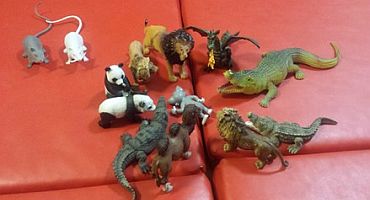 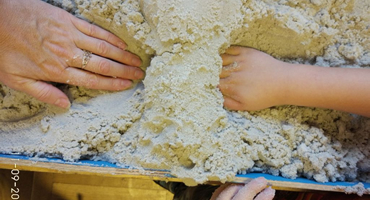 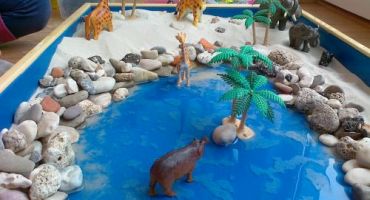 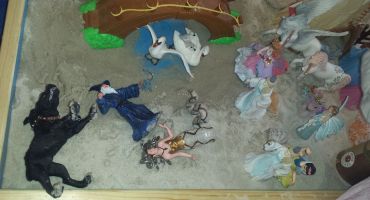 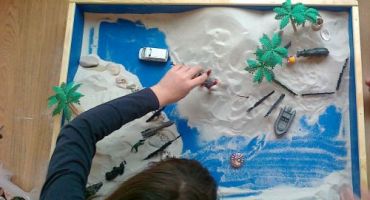 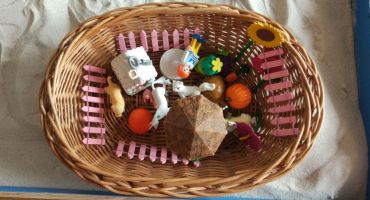